This post picks up where all the posts extolling the virtues of storytelling end. As communicators, we can sometimes become so enamored by what we are writing and the stories we are telling, that we believe people will naturally want to read it. Sadly, our audiences have other things to do and are bombarded with so much information on a daily basis, that finding our stories can be like finding a needle in the proverbial haystack.

That’s why content marketing is so important. We can’t assume our audiences will come to our content we need to find ways to take it to them.

Check out the full article on the  Lightbox Collaborative blog.

I recently had the pleasure of writing Sharing Your Content Through Syndication with my friend and mentor, Diane Lofgren. It was published on PR News earlier this month.

In the process, we had a great conversation with Tomas Kellner from GE Reports. It was fascinating to learn more about the brand journalism strategy at GE and I appreciated the simplicity of his guidance: “I find and report many of the great stories that are inside the company and that really deserve to be told to a wide audience in our online magazine, and then syndicate the stories via Twitter, YouTube, Facebook, Pinterest and even SnapChat.”

Check out the full article: Sharing Your Content Through Syndication  on PR News. 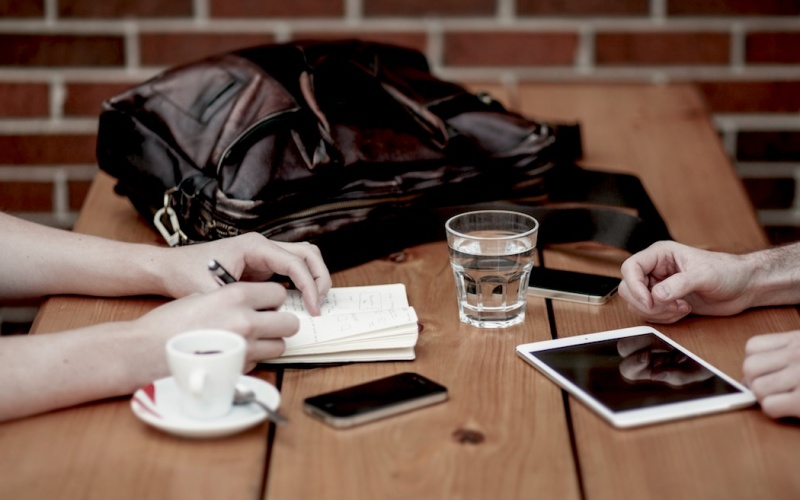 I’ve spent a lot of time thinking about the rising importance of digital media in the last few weeks.

What used to be something I took an interest in during my spare time is now a central part of my job, day-in and day-out. In truth, new media is not particularly “new,” but it has evolved quickly in recent years. Fortunately, I’m comfortable with technology and have been able to learn new technologies and be an early adopter, as appropriate, for my clients/employers.

I’m very proud to say that I took my first (and only) HTML class in 1994, developed my first client website in 1998 and started this blog in 2004. I even met my son’s father on a listserv in 1997 — long before online dating was trendy! Digital and social technologies became a part of both my personal and work life when the domain was reserved for self-proclaimed geeks. Today, digital technologies are more than mainstream, they are a way of life. There are endless platforms available for promoting brands and engaging audience. As a result, virtually everyone in the PR, communications, marketing and advertising industry seems to be in catch-up mode, clamoring to prove their expertise in the space.

Earlier this month at the PR News Digital PR Summit, I had the good fortune of presenting on a panel about Creating a Digital Dream Team (scroll through PR News TV at PR News Online for an interview by me on the subject). During Q&A, I was asked what kind of expertise I look for when I am hiring someone for a digital media role. My answer was direct and, to my entertainment, widely Tweeted: “I’d be skeptical of people who bill themselves as ‘gurus’ or ‘experts’ in #SM. We’re all making it up as we go.”

Ultimately, expertise in the digital space is not about knowing the trendy new platforms nor even about successfully executing one or two campaigns. When I evaluate whether people can be successful in the digital space, I want to know they will begin with a clear strategy (what are we trying to accomplish?) and are willing to invest the time to develop meaningful relationships with the audiences they are trying to engage. I want to know that they will fully integrate digital and social strategies into their overall plans, not see digital or social platforms as separate programs. The ability to understand the value of integration is what matters most to me.

Diving deeper into the subject of integration, I recently published “Integrating Social Media into PR Plans: What You Need to Know” in the PRSA Strategist.

After way too many weeks, I have finally posted the presentation I did with Christina VanDunk at the Kaiser Permanente-Ragan Health Care Communicators’ Summit to Slide Share.

So I seem to have finally Tweeted something controversial.

Given the level of anger and frustration directed toward me on her blog, I shared the following response there.

Hi. I am the Tweeter with whom you are angry. And I thank you for reaching out.

I get the sense that my Tweet (or at least my intent) is being misunderstood. I think the heart of the anger around this Tweet was my use of the word “lifestyle.” The use of that word referred specifically to the type of magazine that Better Homes and Gardens had created — a “lifestyle magazine.”

I apologize for not making that more clear in my original post.

To further explain, I was in a grocery store and for the first time, I saw a copy of Diabetic Living magazine. Seeing that Better Homes and Gardens identified the escalation of a chronic condition as enough of a trend to create a glossy magazine, in the midst of a traditional media downturn, made me take notice.

Seeing that magazine made me mindful of the recent increase in marketing efforts specifically targeting consumers living with diabetes (late night commercials featuring cookbooks for diabetics are what first came to mind). Given that I am not living with diabetes, I can’t speak to my reaction as a consumer. However, as someone who does work in both health care and PR, it disturbed me to realize that there are enough people in the US now living with diabetes to constitute a “market segment.”

You write above that you are among the many in the nation who cannot afford a healthy lifestyle. In my opinion, it’s a sad commentary on the state of our nation that good health is considered a luxury. I wish I had an easy answer, but sadly, I am often as angry and frustrated as you.

(For the record, I do work for both a health plan and a care delivery system. However, all that I Tweet about and blog about are my own personal opinions.)

The more I think about this subject,  I am curious to hear other people’s opinions. Is the rise in direct marketing to people living with diabetes a good or a bad thing? Perhaps the appearance of these types of mass market products are a positive opportunity to improve understanding of diabetes, and ideally a tool for helping those with diabetes live a more healthy lifestyle.

I just can’t seem to get beyond the concept that we (as a nation) have allowed the rate of diabetes to increase so drastically that the population living with diabetes is now viewed as a “market segment.”

health public relations social media
This week I had the honor of presenting at a Ragan Communications conference hosted by the Mayo Clinic in Scottsdale. Over the course of the two day conference, I had a great time hearing from my peers in the health care industry. I learned a lot and look forward to getting back to work to continue to build out our social media capabilities at Kaiser Permanente.
Many thanks to everyone who helped to pull this presentation together (you know who you are) and especially to Ted Eytan (www.tedeytan.com) who crammed time into his very busy schedule to present with me.
Mayo Ragan Conference Final
View more presentations from htpotter.
ads customer service health new media public relations social media web 2.0

So after nearly five long years, I am coming back to this blog. I abandoned it recognizing I didn’t have the time to devote to keep feeding content – which may still be the case.

Needless to say, since I last posted, the world of social media has exploded and become mainstream. For much of the time, I sat on the sidelines watching the evolution of emerging online communities. Then recently, I have begun to re-engage in the conversation via Facebook, LinkedIn, Twitter, etc.

These new platforms for communicating have created quite a buzz in the public relations and marketing industry. Whole conferences are devoted to the subject. There are entire crops of consultants and agencies that are scrambling to position themselves as the experts in this field – ready to tell our organizations how we can mount campaigns that take advantage of these “new” mediums.

The good news is that our industry has finally embraced new media as being more than a fad. However, the transition to this new world is not easy and there are no easy answers on how to approach it. Despite being an “early adopter” of Web 2.0 platforms in my personal life, as a communicator new media can be infuriating. The fact is social media requires a complete shift in how you view promotion and how you tell your story.

In the world of PR and marketing, controlling the message has always been our primary goal. But how can you “control the message” when thousands of everyday people are publishing exactly what they think about your company/organization? The answer is you can’t. (BTW, as a control freak, that was really hard for me to accept!)

All you can do is listen, participate and hope to eventually build enough credibility to eventually break through the noise. Our PR team at Kaiser Permanente has just begun to play in this realm. We are participating in the conversation as individuals, sharing our passion for the work we do and as a result we are communicating directly with communities that share our interests.